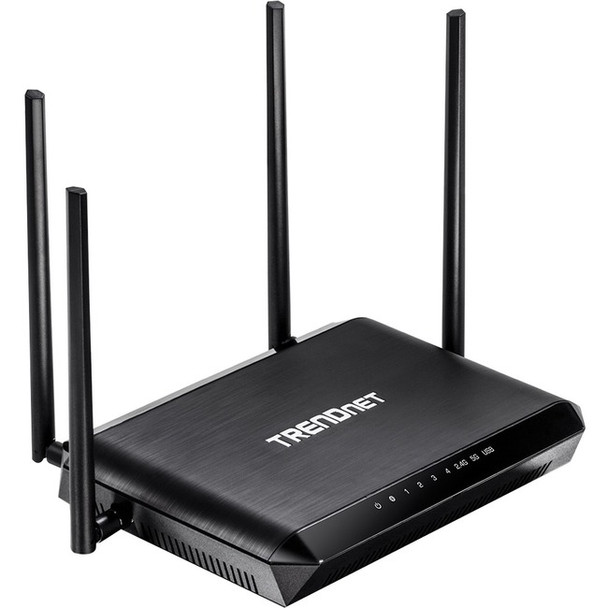 MSRP:
Now: $125.16
Was:
— You save
Login to view price or email us for a quote
Frequently bought together:

For added protection, the router's WiFi bands are pre-encrypted with their own unique eight character password. Thereby, eliminating the common hack of accessing a router using a default password (such as 'admin'). Furthermore, users can created guest networks which only allow internet access.

"We are excited about the TEW-827DRU's record breaking performance," stated Zak Wood, global marketing director of TRENDnet. "When two TEW-827DRU's are bridged together, we expect new WiFi throughput records will be documented from independent reviewers, for both of the WiFi AC and WiFi N bands."

MSRP:
Now: $56.02
Was:
Login to view price or
email us for a quote
The versatile TEW-638APB Wireless N Access Point is designed to create a scalable high speed wireless n network or to connect a wired device to an existing wireless network. Use multiple 300Mbps...

MSRP:
Now: $82.43
Was:
Login to view price or
email us for a quote
TRENDnet's AC1900 High Power Dual Band Wireless USB Adapter, model TEW-809UB, upgrades a computer to Wireless AC1900. Quickly connect to a high performance Wireless AC network at 1300 Mbps or to a...